Warning: You may find my liberal perspective objectionable.

“Word of the day. Entitlement!! Why do some people think they are entitled?”


This is my response.


Our elected representatives enact laws which require the government to make payments to some people. These are correctly called entitlement programs because the people are legally entitled to the payments.

Conservative politicians ignore that fact that these people are legally entitled to payments and instead claim and focus on the idea that vast numbers of people feel they deserve support. The politicians claim that the fact that these people feel they deserve support is morally objectionable and use this as an argument for eliminating or curtailing entitlement programs.

To explore these issues, let’s start with a dictionary definition:

the fact of having a right to something.
"full entitlement to fees and maintenance should be offered"
synonyms: right, prerogative, claim;

·         the amount to which a person has a right.
"annual leave entitlement"
synonyms: right, prerogative, claim;
·         the belief that one is inherently deserving of privileges or special treatment.
"no wonder your kids have a sense of entitlement"

The topic of entitlement is not new. Around the time that Social Security was enacted, in 1935, there were poor houses and people who received government benefits were said to be on the dole. So, the issue is not new. It is the use of the term entitlement that is fairly new.

The term entitlement is fairly new to political discussions. As far as I can remember, and as far as I can determine, Reagan was the first president to use the term much. I remember being confused by the term in the 80’s.

Since the 80’s, conservative politicians have worked to shift public opinion about the meaning of the word entitlement towards the last definition. They exploit peoples’ feelings that they are being taking advantage of. The politicians blame a group, such as immigrants, or members of a religion, or an ethnic group and accuse them of taking advantage of the rest of us.  Indeed many articles say that entitlement programs are legal theft by the poor from hard working middle class citizens. By making the word entitlement imply negative feelings, they thus imply that all entitlement programs are bad. This is a typical propaganda program. My sense is that the right wing think tanks basically took a legal term and twisted it into a new meaning so they could have a confusing way to attack government programs they didn’t like.

Let’s look at the definition of entitlement’s root word:

give (someone) a legal right or a just claim to receive or do something.
"employees are normally entitled to severance pay"
synonyms: qualify, make eligible, authorize, allow, permit; enable, empower
"this pass entitles you to visit the museum"
I believe most people would agree that people are often legitimately entitled to payments. For example:

You pay into a retirement savings program throughout your career. When you retire, you are entitled to receive payments from your savings.

After having built a life with your spouse, you grow apart. You are both entitled to share the assets you accumulated during your lives together.

You engage in a contract with a legal entity that requires that entity to make payments to you. You are legally entitled to those payments. If the other part does not make the payments, they are in breach of contract.

Our elected representatives, acting on the will of most of the people, enact legislation which requires the government to make payments to some or all citizens. Those citizens are entitled to those payments; they have a legal right to expect those payments to be made.

The last case leads to the issue of whether the government should be in the business of creating, funding, and administering entitlement programs. If you google entitlement, you can find hundreds of articles that claim that the Federal budget is being overwhelmed by the cost of entitlement programs.

The largest cost in the Federal budget is Social Security. Conservative politicians claim that Social Security is so expensive that it will bankrupt the government and so must be eliminated or curtailed. In fact, Social Security is funded by the country’s citizens’ payments into the program and is not paid for with income tax revenue. The system’s funding may need to be fixed (or we may need to stop politicians raiding the system’s funds for other purposed), but this does not mean that entitlement programs are inherently bad.

The second largest cost in the Federal budget is health care. The leads to the issue of whether the government should be in the business of subsidizing people who need support. Conservative politicians claim big government is bad and imply this means government should not help the less fortunate. They further claim that vast numbers of people feel they deserve support when in fact they may only feel that they are legally entitled to support because the laws say they are.

It’s important to remember who is being supported and which entitlement programs the conservative politicians would like to reduce. In addition to social security and health care and welfare, think about government subsidies to the energy, steel, automotive, farm, pharmaceutical, and military equipment manufacturing industries. Don’t the members of these industries feel entitled to continuing governmental support? Are those subsidies actually entitlement programs? Should we eliminate or curtail them too?

I understand that I did not address the question Shelly originally implied, “Why do some people feel they deserve special treatment?” I argued that people are legally entitled when laws exist in their favor. I also argued how conservative politicians use propaganda to try to eliminate or reduce entitlement programs. To answer Shelly’s question I suggest you google “Why do people feel they deserve special treatment?” Plenty of reputable psychologists have written about this topic.
at 8:53 AM No comments:
Email ThisBlogThis!Share to TwitterShare to FacebookShare to Pinterest


This is a test blog entry. I want to know whether people can comment on individual photographs I post in the blog. Please try to comment on these pictures. 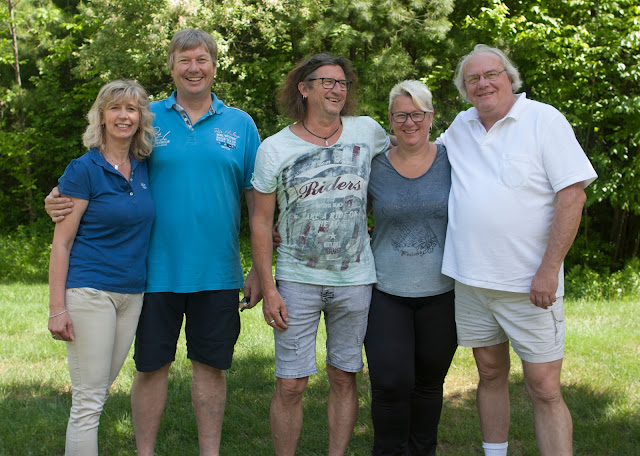 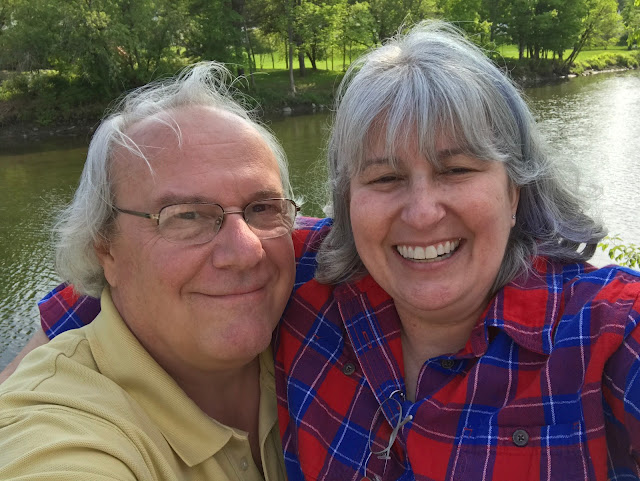 Much has been written Trump’s motivations and what his supporters find attractive about him. One of the leading explanations for their continued support is that he is a father figure, a leader. I would like to offer another, perhaps simpler, perspective.

He equates selfishness with intelligence and success. He thinks winners are smart and make deals which maximize the benefits to themselves. Losers are chumps; they’re so stupid and gullible that they care about other people and even people who haven’t even been born yet.

He says he loves America. Of course he does, people here are almost completely free to be selfish.

He wants to make America great again. He wants people to be able to have even more power and money, like the robber barons the anti-trust laws were written to control.

He admires authoritarians and oligarchs like Putin and Kim Jong-un. Their most prominent personality trait is extreme selfishness.

I think many of his supporters also think extreme selfishness is an admirable personality trait.

They don’t just admire his wealth and women. They admire what they might call his strength of character. They envy his ability to shrug off social norms and live a life unfettered by inhibitions. Trump’s supporters admire his courage to do and say whatever the hell he wants; they wish they could do the same.

To be fair, who among us has not wished we were brave enough to do whatever the hell we want?

But there’s a reason we don’t. We grew up.

Children are selfish. But most people, as they grow up and become adults, realize that civil behavior, following society’s rules, is good for us and our communities.

Fairness feels good. If you treat someone fairly, it feels noble and you can rightly feel a little proud. If you are treated fairly, you feel grateful. And, in a fair deal, everyone gets something they want.

Selfishness feels bad. When we behave selfishly, we know we’ve harmed another person and feel ashamed and embarrassed. If we have been taken advantage of by an unscrupulous person, we feel hurt. In a bad deal, one person gets what they want and the other person gets screwed.

at 6:12 AM No comments:
Email ThisBlogThis!Share to TwitterShare to FacebookShare to Pinterest
Newer Posts Older Posts Home
Subscribe to: Posts (Atom)